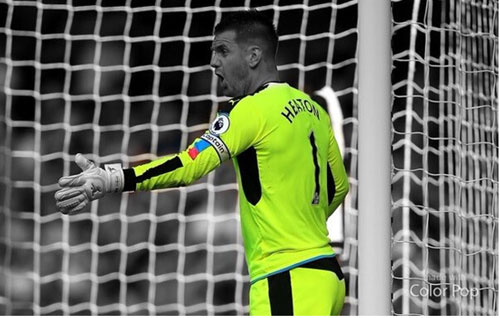 I’m thrilled to bring you a brilliant guest in this episode of The Unstoppable Teen Podcast. If you follow sports, you probably already know of Tom Heaton, the Premier League goalkeeper and captain of the Burnley Football Club who also plays for the England national team.

I first met Tom during his teenage years, and I still remember feeling struck by his personal presence, professional standards, and phenomenal manners. He’s managed to maintain all of those qualities across the years despite some pretty dramatic setbacks and personal success, which he talks about during this conversation.

It’s rare to have such an open and forthright conversation with a superstar, and I hope you’ll enjoy it as much as I did! Even more importantly, though, I hope you’ll learn from the conversation. Tom has some amazing insight into what it takes to live your dreams, and the kind of attitude you need to overcome the inevitable challenges you’ll encounter along the way.

One final note: Tom was in a hotel room in Germany when we had this conversation, and the internet cut out a few times. Please be patient with the occasional sound quality issues; I promise the content is well worth it!

“The flame that burns inside of you has to burn bright because it will dampen at times, and you’ve got to keep that fire ignited.”
Tom Heaton – England Goalkeeper & Captain of Burnley Football Club

“When you suffer setbacks you can either sulk and chuck the towel in, or you can man-up and do something about it.”
Tom Heaton – England Goalkeeper & Captain of Burnley Football Club

It’s so important to believe in your own dreams, no matter how many struggles you encounter. Tom Heaton is a perfect example of this. We hope his life story will inspire you to keep believing in yourself.

Please share this interview with anyone you know who might be struggling to overcome setbacks right now. This conversation with Tom may be exactly what’s needed to remind a teen (or parent, or educator) how vital it is to keep that fire inside burning strong. It can offer a burst of belief to push forward and keep going when times seem tough.

Let us know what problems you’re facing and what questions you’d like answering in future episodes. We are here to help you, so contact us anytime via our social media channels or email podcast@unstoppableen.com.