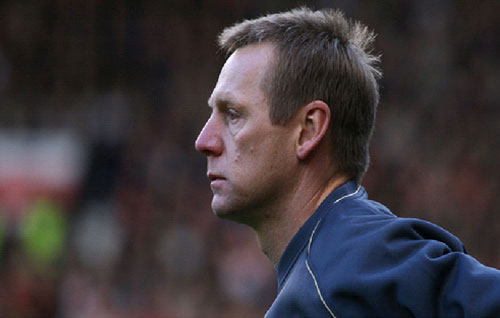 It’s not every day that you get an opportunity to learn from a legend, but that’s exactly what you get in this episode of The Unstoppable Teen Podcast!

Despite failing as a teenager, Stuart Pearce went on to have an incredible career in professional football. He made 746 Premiership appearances and earned 78 England caps. He played in the European Championships and a World Cup semi final. After his playing career ended, Stuart went on to manage 5 teams including Manchester City and the England Under 21 national team.

Quite simply, Stuart Pearce is a football legend. So you can imagine how excited Kevin was to interview him and get his advice for teenagers.

You may or may not like football, but that’s irrelevant. Stuart Pearce is a winner. If you want to succeed at anything you’ll want to listen to this interview and get the insights that can help you become a winner too.

“Failure is when you don’t try something because you’re fearful of what might happen.”
Stuart Pearce – International Football Player & Manager

“It doesn’t matter if you fail. It’s the learnings you get from failure that make you stronger.”
Stuart Pearce – International Football Player & Manager

Unstoppable Parent:
How to Help Your Teen Make
The Next 12 Months Their Best Yet!

If you know someone who has experienced recent setbacks or is struggling at the moment, please share this interview with them because it might just give them the boost they need to get back on track.

Let us know who you’d like Kevin to interview in future episodes? You can reach us anytime via our social media channels or email podcast@unstoppableen.com.

Finally, use the comments section below to share your own advice on dealing with adversity.