Lots of people have opinions about what it takes to be happy and successful, but those who really know are those who have been there, seen it, and done it.

That’s why we recommend you read the autobiographies of people who have already achieved what you want to achieve.  It’s one of the best and cheapest ways to get expert advice straight from the horse’s mouth.

Here are six inspirational autobiographies you might want to read: 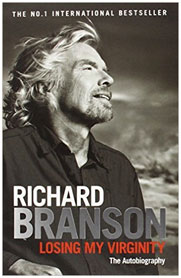 Sir Richard is a brilliant international entrepreneur who built his business from scratch and became a billionaire.  His incredible life story is full of ups, downs and thrilling adventures.

Along the way Sir Richard formed a record label, created an airline, bought his own island paradise and set world records.  Every page of this book will keep you entertained and give you incredible insights that will help you succeed too.

Anne Frank – The Diary of a Young Girl 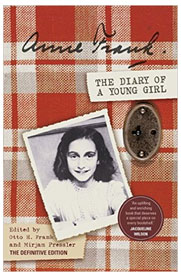 Anne Frank is the remarkable young woman who kept a diary for two years whilst she and her family were in hiding during the Nazi occupation of Holland (World War II).

Anne was eventually found by the Nazis and died in one of their concentration camps three months short of her sixteenth Birthday.  Thankfully her diary lives on and provides us with profound perspectives that every teenager ought to reflect upon. 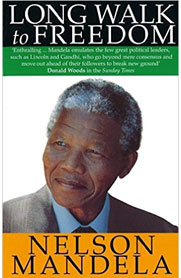 It’s hard to believe that one man overcame so many problems and made such a positive difference in one lifetime.  Poverty, ignorance, racism, threats, violence, family deaths, corruption, imprisonment… on a larger scale than anything you could imagine.

And yet this incredible leader rose from obscurity and overcame everything the world threw at him to liberate his nation and bring equality to everyone, irrespective of the colour of their skin. 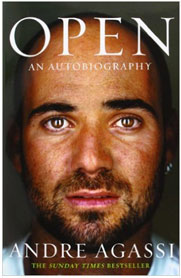 Andre is the first to admit there were others with more ability and greater physical strength than him, but he overcame his limitations and became the world’s number one tennis player.

What it takes to get to the top, and then stay at the top might not be what you thought it would be.  If you have any aspirations to be a successful athlete or famous celebrity, you simply have to read this book. 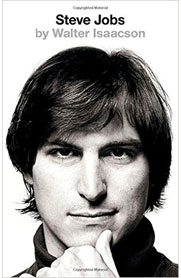 Most people know that Steve Jobs was the billionaire co-founder of Apple.  He revolutionized six industries and became one of the world’s wealthiest people.

But do you know what Steve’s upbringing was like, what he was like in school, and just how many times he ‘failed’ before succeeding?  The reality might not be what you expect. 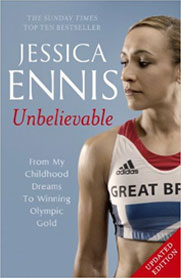 Jessica Ennis probably shouldn’t be an Olympic Champion.  She has every excuse for not making it to the top.  Her family were victims of racism, she was bullied in school, her family couldn’t afford to buy the training equipment she needed, she is much smaller than her competitors, and yet, she still won Olympic Gold and is a World Champion.

Jess’ autobiography gives everyone an insight into what it takes for an ‘ordinary’ person to achieve extraordinary things.

Please note that we will earn a commission if you purchase any of these autobiographies via the links on this page.  We really don’t care whether you purchase these books through our links or get them elsewhere.  What matters is that you read them and digest the valuable lessons inside.