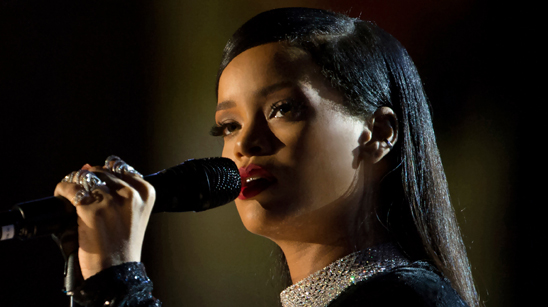 February is the month when many teenagers hope to receive Valentine’s cards, but matters of the heart can sometimes go wrong so we want to give you a few pointers you can use if you ever experience a bad relationship.

It can be tempting to dismiss abusive behaviour when you’re dating someone, but it needs to be seen for what it is – abuse, pure and simple. It’s a hard-hitting message to hear as a teen, certainly, but it’s important to understand why it’s also an important one.

If you, or someone you know is in a bad relationship we urge you to find the right help – there are resources and advice at the end of this article. Here’s why the dating decisions you make can be life-changing…

Rihanna: a star with the world at her feet

You probably know that Rihanna is the multiple award-winning singer and actress admired across the globe for her feisty attitude and style. In 2009, her then-boyfriend, singer Chris Brown, was someone she trusted and loved deeply. Together they were seen at star-studded parties and awards ceremonies. On the surface everything looked as glossy and polished as the limousines they travelled in.

But then, shocking pictures of Rihanna surfaced. She was sporting a black eye, bruises on both sides of her face and a split lip. Chris Brown had assaulted her in a car. The neighbour who heard her screams and called the emergency services discovered an injured Rihanna alone at the scene. Chris Brown later turned himself in to Los Angeles Police Department, was charged with making a criminal threat and released on a bail of $50,000. He was later sentenced to five years probation, and served 1,400 hours of community service.

Rihanna was devastated. As she later told Oprah Winfrey in an interview; “It was embarrassing, it was humiliating… I lost my best friend”. Nevertheless she was able to see the relationship for what it was and got the help she needed to move on. It’s never easy to end a bad relationship but she knew it was her only option if she was going to have a positive future.

Rihanna managed to walk away from an abusive relationship and has gone on to build her chart-topping music career. She has become one of the most respected and best-paid artists today and also serves as an inspiration to others facing the same issues. She had the courage to end an abusive relationship and create an incredible life for herself – this is what we call ‘The Rihanna Effect’.

She has since told Vanity Fair magazine: “… A lot of women, a lot of young girls, are still going through it. A lot of young boys, too. It’s not a subject to sweep under the rug, so I can’t just dismiss it like it wasn’t anything, or I don’t take it seriously.”

Sometimes the outcome can be less positive

Others who don’t have the courage to end the abuse often find their lives spiral downwards into tragedy. 90’s megastar, Whitney Houston, and her daughter, Bobbi Kristina, both paid the ultimate price due to staying in an abusive relationship.

Jealous of his wife’s meteoric rise that seemed to eclipse his own, Whitney’s husband, Bobby Brown, abused her for years. Drug-addicted and co-dependent, she chose to stay in the relationship in spite of the horrific situation.

Tragically, the drug abuse led to her sad death at just 48 years of age. Her daughter Bobbi also passed away, just three years later, from an overdose of alcohol and drugs.

The difference between these two celebrity stories is clear for all to see, and that’s why we encourage all teenagers to put an end to abusive relationships.

How to escape a bad relationship

It’s important not to judge a person for staying in an abusive relationship. They may be in denial about the severity of the situation, they might think they can change the abuser, or they may feel shame about being a victim. Possibly the saddest reason some people stay in bad relationships is that they believe they’re deserving of the abuse, a thought often repeatedly told to them by the abuser.

Getting away from an abusive relationship may not be easy but it is vital to do so. ‘Abusive’ can mean being physically hurt, or having a partner who puts you down or name-calls. It’s also someone stops their partner from doing what they want, saying what they want, or seeing who they want.

If any of these things ring alarm bells for you or someone you know, the following steps can lead towards a brighter future:

As a teen, you have access to these and many other resources to help you, or someone you know, escape a bad relationship. Remember, everyone has the right to live their life peacefully and without threat of violence. You deserve the best in life and you have the power to make this #TheBestYearEver.

If you’re a parent reading this, please sign up to our new Unstoppable Parent webinar where Kevin Mincher shares simple strategies that parents can use to help their teens deal with problems. It’s FREE for everyone and you can sign up by clicking here!

Image : Rihanna sings during The Concert for Valor in Washington, D.C. Nov. 11, 2014. DoD News photo by EJ Hersom : via Wikicommons